The Mosquitoes of Israel and Surrounding Areas

The Mosquitoes of Israel and Surrounding Areas 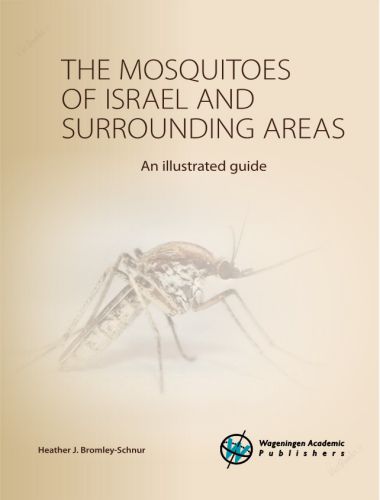 The purpose of this guide is to facilitate the identification of mosquitoes, both larvae and adults, for entomologists and students of biology as well as persons without specialized knowledge or training in the subject.

Israel is situated at the crossroad of Europe, Africa and Asia. The mosquito species found in the region reflect that fact and species known from all three continents have been recorded in Israel. The first part of the book comprises illustrated keys to adults and larvae of all 46 species which have been recorded in Israel/Palestine at some time. The second part has ecological notes on each of these species and include habitat data and details of historical sampling sites, as well as present day distribution patterns. Early mosquito records, especially of Anopheles species, from the first part of the 20th century were essential in the efforts to control malaria. This reflects the importance of sampling and recording of mosquito species.

This guide is intended to help all those interested in identifying mosquitoes from this area, including persons without specialized knowledge. Several colour photographs of adult mosquitoes are included, as well as coloured distribution maps for 38 of the 46 species. There are also quick identification notes for adults and larvae of the 35 more common mosquito species.

The type of water and water body in which the larvae may be found also varies considerably between species, some species tolerating, preferring or even requiring water of varying salinity, for example, Anopheles (Cellia) multicolor, Aedes (Ochlerotatus) detritus and Culex (Barraudius) pusillus. Other species will tolerate or thrive in water of various degrees of organic pollution, e.g. Culex pipiens, while others require very clean, unpolluted water, such as most species of Anopheles. Likewise, some species thrive only where there is considerable aquatic vegetation and others may utilize water bodies with little or no vegetation.