Anatomy and Physiology of Farm Animals 7th Edition Book PDF. The book combined accuracy with simplicity and clarity of expression and gained considerable acceptance among veterinary and veterinary technician students as well as those majoring in the animal sciences and vocational agriculture. 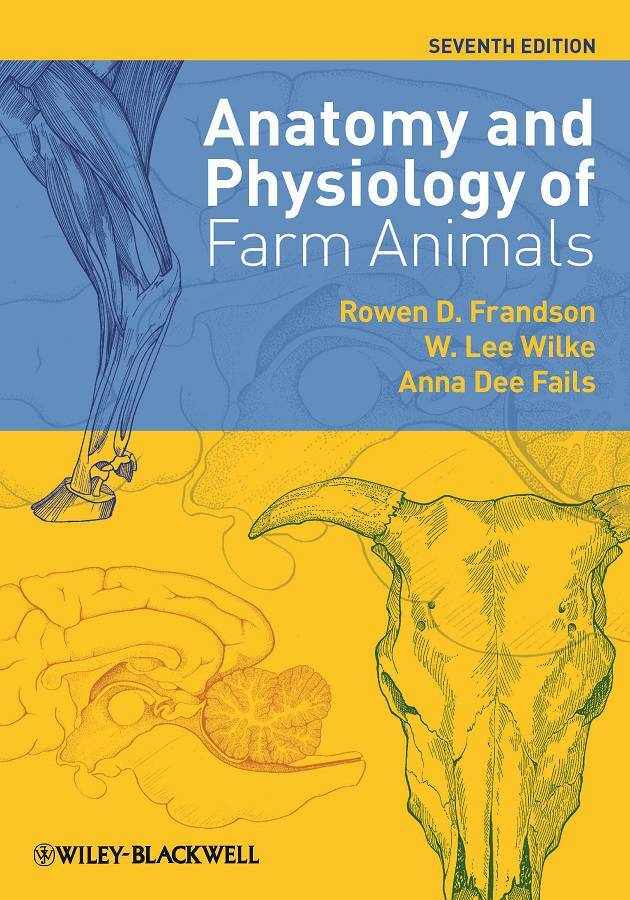 Later editions were revised to increase the value of the book to ﬁrst-year veterinary students. Now in its seventh edition, this text maintains a strong reputation by achieving a balance in both depth and scope of its subject.

This edition includes a number of new or updated features that further enhance the appeal of the text.
Species Orientation. As in the ﬁrst six editions, general principles of anatomy and physiology are discussed as they apply to farm animals. Important species differences are described, with the most attention given to the horse and the cow. The sheep, goat, and hog are described where important and relevant species differences exist. When the goat is not mentioned speciﬁcally, it may be assumed that the goat is similar to the sheep.
Poultry Chapter. This edition includes a new chapter on anatomy and physiology of poultry. The chapter discusses all body systems, with an emphasis on anatomical features and physiological processes unique to birds. This addition further expands the scope of the text and increases its usefulness to students in a variety of diverse programs of study.
New Art. The art program in the text continues to be revised and enlarged. Approximately 60 new line drawings have been added, and many of these are original to this edition. The use of radiographic images to illustrate anatomical features is also a new addition to this edition.
Cellular and Molecular Mechanisms. In keeping with current trends in physiology and medicine, cellular and molecular mechanisms in physiological processes are emphasized, but attempts are made to illustrate the relationships between these mechanisms and phenomena that can be observed in intact animals. Where controversial subjects are discussed, the generally accepted view is given in greatest detail.
Clinical Extracts. Clinical extracts, material especially useful in a clinical setting, are high-lighted in blue throughout the text. These extracts help students understand the practical value of anatomy and physiology and serve to illustrate mechanistic links between these basic sciences and clinical conditions.
Nomina Anatomica Veterinaria. Every effort has been made to bring the anatomical nomenclature used in this text into accordance with the ﬁfth edition of the Nomina Anatomica Veterinaria. Exceptions are made only when a different term is in such common usage as to argue for an alter-native name.
Glossary and Terminology. Because abbreviations may be confusing and difﬁcult to remember, a glossary of commonly used abbreviations is included in the appendix. Technical terms are used throughout the book, but most terms not found in an ordinary college dictionary are deﬁned within the text.