Meat Hygiene 10th Edition PDF By J. F. Gracy. This tenth edition of Meat Hygiene has been largely rewritten and enlarged to take account of the many developments in the last decade, to further emphasise the importance of microbiology and to make the book more international in character. 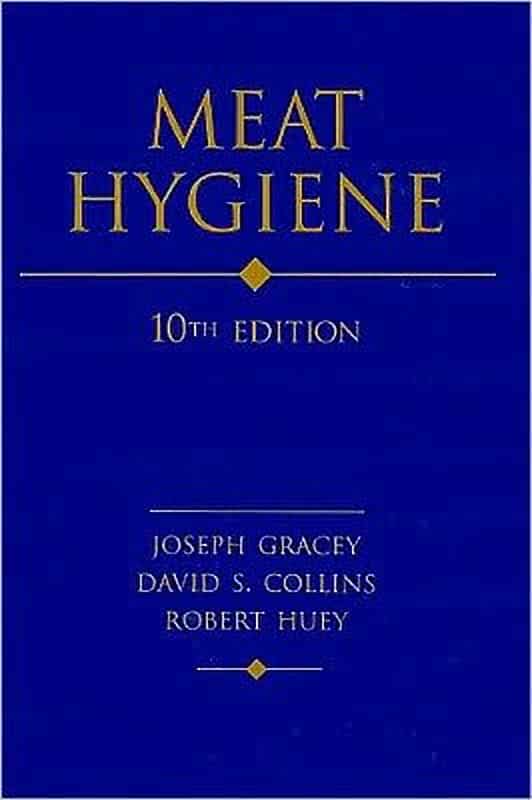 Bovine spongiform encephalopathy and E.coli 0157H7 in particular, along with the introduction of some genetically-modified food, have served to undermine the confidence of the consumer in the safety of food in Britain and elsewhere, despite the reassurances issued by authorities. It is difficult to place reliance on oft-repeated pronouncements about food safety, especially when these emerge suddenly, are later contradicted, are sometimes associated with vested interests or are suddenly imposed on the population without evidence of adequate and competent research findings.

The concept of ‘Plough to Plate’, ‘Stable to Table’ is at last being recognised since accountability cannot be laid solely at the door of meat inspection. Livestock producers have the chief responsibility to ensure that clean, healthy livestock, free from potentially harmful residues, are presented for slaughter with close attention being paid to welfare on the farm, through transport and in the meat plant. It is depressing to reflect, however, that the classic work of Empey and Scott on carcase contamination was carried out in Australia in 1939.

Professor W.J. Reilly, BVMS, BSc, MRCVS, DVSM, of the Scottish Centre for Infection and Environmental Health, Glasgow, has been involved in public health matters, especially foodborne disease, for many years and has made a significant contribution to our knowledge of this vital area.

Such is the importance of this sector that we have also seen fit to introduce a section on the function of the meat plant laboratory, this especially in view of the fact that little is known of the intangible potential pathogens passing through many abattoirs making final judgement based solely on visual inspection at best a doubtful procedure. Indeed, such is the load of bacteria currently entering meat plants that reliance in the future may well have to be based on carcase pasteurisation with subsequent microbiological testing of meat samples.