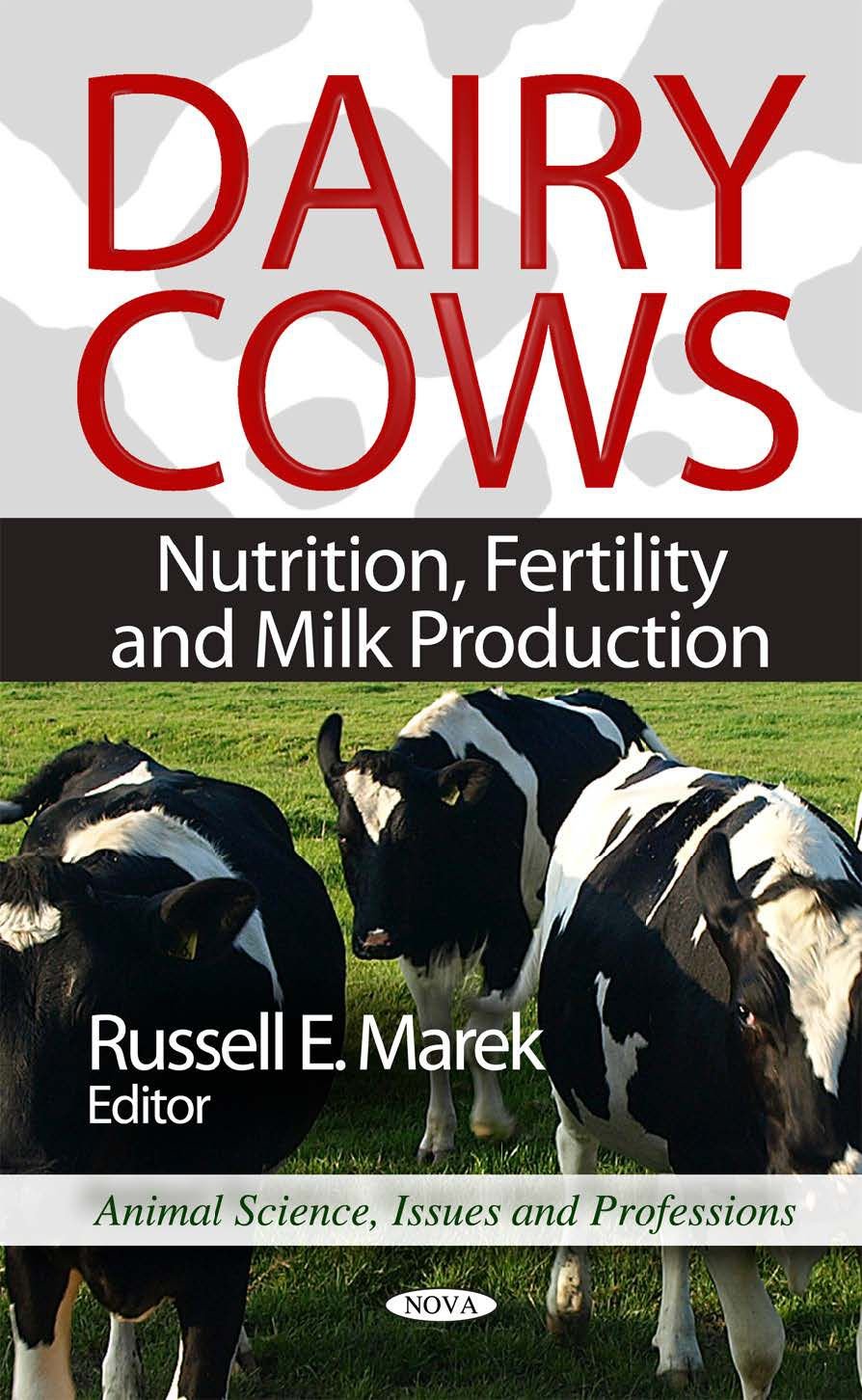 Diminished udder health has serious implications for milk production, leading to decreases in milk yield, milk quality and increases in somatic cell count. This new book presents current research in the nutrition, fertility and milk production of dairy cows. Topics discussed include mastitis in bovine milk production; oxidative stress and reproductive disorders in dairy cows; the incidence of hypocalcemia and its Ca homeostasis mechanism in periparturient cows and the haemodynamic changes of the super ovulated corpus luteum in cattle.

Chapter 1 – The elite milk producing phenotype of the modern dairy cow has adversely affected its health. Diminished udder health has serious implications for milk production, leading to decreases in milk yield, milk quality and increases in somatic cell count (SCC). Increases in SCC indicate mastitis, an inflammation of the mammary gland. Mastitis is a significant production disease and a major source of economic loss on dairy farms.

It is estimated that 25-40% of dairy cattle are affected at an average cost of €50-€200 per animal due to therapeutic costs, reduced milk yield, milk wastage, penalties for high SCC and involuntary culling. Current mastitis control methods rely heavily on antibiotics for both therapeutic and prophylactic purposes. This is not only costly, but frequently ineffective in chronic subclinical infections. There are also increasing concerns regarding the overuse of antibiotics in veterinary medicine and the emergence of antimicrobial resistant pathogens.

This has led to an increased interest in the development of novel approaches to control and treat mastitis, without negatively impacting on milk production. Alternatives currently under investigation include incorporation of mastitis resistance into modern breeding programmes, modifications to farm management practices,

Over the past 20 years, the authors‟ understanding of „transition cow‟ metabolism and its relationship to the pathogenesis of peri-parturient disease has greatly increased. There is now significant interest in the critical role peri-parturient disease plays in dairy farm profitability, and in how the risks of such disease and attendant animal culling can be predicted. The risk of many peri-partum diseases of dairy cows is influenced considerably by the nutritional and metabolic status of the animal and in particular, poor adaptation to negative energy balance, is associated with an increased risk of subsequent disease.