Biology of Ticks 2nd Edition PDF. Ticks transmit a greater variety of pathogenic agents than any other arthropod group, even mosquitoes. 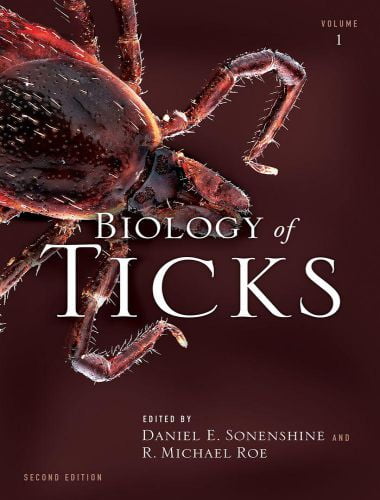 The illnesses involve tens of thousands of cases every year. In domestic animals, the numerous tick-borne disease agents cost the livestock industry billions of dollars. Moreover, many of these diseases have emerged (or re-emerged) within the past 2 or 3 decades (e.g., Lyme disease, human granulocytic anaplasmosis, and others).

Despite the use of modern medical and veterinary treatments, the widespread use of pesticides, and sophisticated novel methods for their control, ticks continue to flourish. Clearly, detailed and up-to-date knowledge of tick biology and the diseases ticks transmit must be included in medical and veterinary school programs, in the curricula of advanced undergraduate and graduate programs in the biological sciences, and in public health curricula.

Although much that was included in the first edition of Biology of Ticks , especially basic tick morphology and life cycle concepts, is still relevant today, tremendous changes in methodology have occurred since its publication. Real time polymerase chain reaction studies for measuring gene expression; massive high-throughput genetic sequencing leading to the entire genome of the Lyme disease vector Ixodes scapularis , as well as transcriptomes and proteomes of different body organs; and bioinformatics, along with the availability of databases of sequence information, are among the most prominent changes that have revolutionized biological and medical research.

Equally important is the digital revolution that has affected virtually all aspects of modern science. Consequently, it is now possible to ask questions about molecular, chemical, and physiological processes that were inconceivable decades ago. Enormous databases of DNA and protein sequences for molecules from tens of thousands of species, both prokaryotes and eukaryotes, are maintained in government institutions.

Using bioinformatics techniques, scientists and students can submit new molecular or protein sequences, annotate and characterize their findings, and compare them to similar molecules in other species. Clearly, any new treatise would have to include the rapidly accumulating knowledge made possible by these new technologies.