Home » Other Books » Hermaphroditism: A Primer on the Biology, Ecology, and Evolution of Dual Sexuality
Other Books

Hermaphroditism: A Primer on the Biology, Ecology, and Evolution of Dual Sexuality

Hermaphroditism: A Primer on the Biology, Ecology, and Evolution of Dual Sexuality, While it is true that members of most sexually reproducing species can be defined as either male or female, those who belong to the rest of the biological world are not so simply understood.

Hermaphroditism: A Primer on the Biology, Ecology, and Evolution of Dual Sexuality 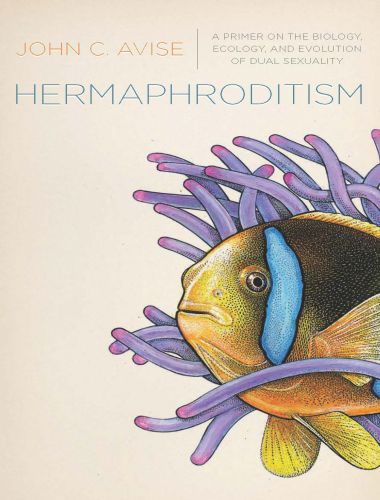 Hermaphroditic creatures reproduce both as male and as female individuals, providing a fascinating glimpse into alternative sexual practices in nature and their ecological and evolutionary successes and failures.

Eloquently written by an award-winning biologist and pioneer in molecular ecology, this primer on hermaphroditism traces the phenomenon throughout Earth’s myriad species, accounting for the adaptive significance of alternative sexual systems.

Accessible and richly illustrated, the text maps the evolutionary origins of hermaphroditism, as well as its historical instances and fictional representations, underscoring the relevance of dual sexuality to our biological, intellectual, and cultural making. John C. Avise describes the genetics, ecology, phylogeny, and natural history of hermaphroditic plants, fish, and invertebrate animals and details organisms that either reproduce simultaneously as male and female or switch routinely between one sex and the other. Filled with surprising creatures and compelling revelations, this textbook stands alone in its clear yet comprehensive treatment of hermaphroditism and its unique challenge to the supremacy of separate sexes.

Hermaphroditic or androgynous beings are similarly embedded in the religious traditions or mythologies of several other cultures around the world. For example, in one interpretation of Genesis in the Bible, Adam’s body was hermaphroditic originally, but later it was cleaved or partitioned into male and female (Eve) as a part of the fall from grace in the Garden of Eden.

In the tribal stories of some native North Americans, a mythological Trickster is mostly male but dresses as a female and gives birth to children. He carries his penis in a box, which he sends to women for purposes of intercourse. In the Dogon peoples of the Mali region in West Africa, a newborn baby who touches male and female outlines—drawn in the sand by a mythical ﬁgure—becomes possessed by two souls and may remain androgynous, without a strong proclivity to procreate.

India is especially rich in mythologies entailing dual sexuality. The great Hindu deity Shiva is often portrayed as partially fused with his female alter ego, Parvati. In Buddhism, a male Bodhisattva (a person who has attained Enlightenment) named Avalokitesvara later became a female, Guan Yin. There are East Indian legends in which ancient hermaphrodites are replaced by twins; of individuals who switch month to month between king and queen; of men who were made woman-like by a god’s curse; and of males bearing children.

A central feature of Tantrism is the desirability of activating both the male and female components of a person’s inner self, thereby bringing greater wholeness to the life experience. Sequential hermaphroditism can even be inter generational. For example, a central idea in Hinduism is that souls transmigrate such that an individual is reborn time and again, often in opposite sex to that of the previous life.

Pathophysiology of Disease: An Introduction to Clinical Medicine 8th Edition