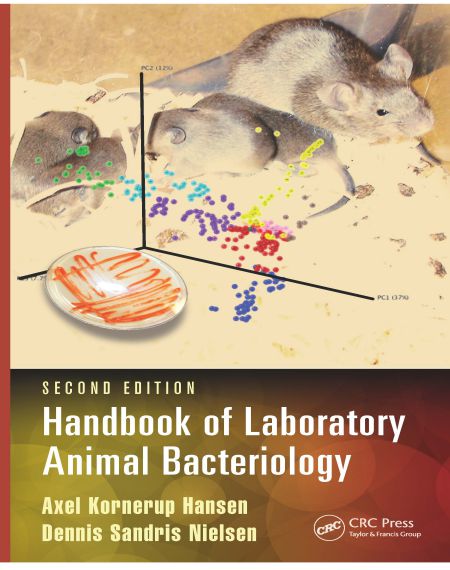 This has shown us that laboratory animals of today harbor a range of so far non-cultivable organisms with a much larger impact on animal models than could ever be expected from some of those isolated by simple cultivation techniques. This knowledge, however, is still to be recognized among lab-oratory animal vendors and health- monitoring laboratories, but we hope that with this book we can broaden the understanding on which bacteria make a difference when modeling human diseases in animals and how we should characterize their presence in the animals.

The first part of the book provides information on the general aspects of bacteriology and how to sample and identify bacteria in the animals; as something new, we have tried to give brief insight into how these bacteria interfere with our animal models and the methods used to investigate this. In the second part of the book, the various bacterial species to be found in laboratory rodents and rabbits are described.

While in the first edition this was divided according to cultivation and Gram staining characteristics, which was the standard then, it is now divided according to a more systematic phylum- based approach, which the new molecular biological methods have made standard. This means that bacterial species previously regarded as closely related now may appear in two different phyla. Also, these chapters cover a range of bacteria identified to be of importance in laboratory rodents and rabbits over the past 10–15 years.