Consumption of meat, including ﬁsh, is generally synonymous with human development. Meat consumption by the hunter-gatherers predated the agricultural revolution, of which it then became an integral part. 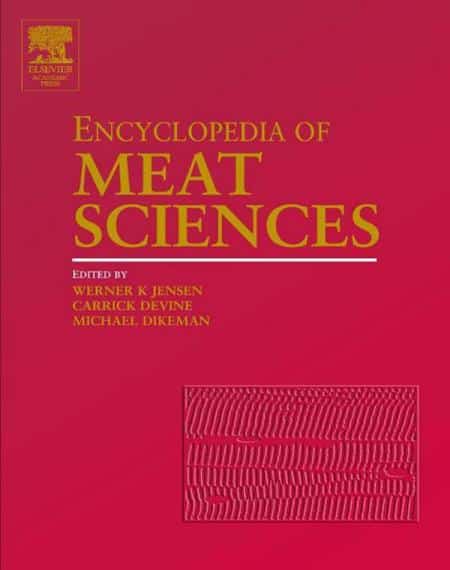 Humans and animals have now coexisted for thousands of years for their mutual beneﬁt, even though that relationship has now changed. Meat does not come from a single, or even a few, animal species, but is derived from a wide variety of species ranging from poultry to pigs, cattle, sheep, goats and wild game to thousands of species of ﬁsh. While many of these species are now intensively farmed, some coexist with nomadic tribes, others are raised by families in small village communities, or are even hunted by the remnants of the hunter-gatherer communities. The Encyclopedia discusses how the domesticated species evolved; the wide range of harvesting methods for animals, poultry and ﬁsh; the historical changes in production and processing; and the scientiﬁc advances are discussed in this Encyclopedia.

The meat industry is based on obtaining animals, poultry and ﬁsh from pastures, feedlots and special intensive production systems and from extractive industries such as ﬁshing. It is understandable, therefore, that the genetics and management of animals and production systems are prominent in the Encyclopedia. But the broad ﬁeld of meat science is much more than harvesting animals and processing meat from them. It includes issues such as pre-slaughter stress and its effects on meat quality; religious issues; animal welfare; and humane slaughter techniques; all of which are extremely important to ensure that meat quality, cultural issues and market requirements are harmonized.

Processing methods for the various species are different, but they have all historically developed to ensure, either by conscious design or by experience, that the underlying principles of physiology and biochemistry in the conversion of muscle to meat are optimized. Biochemistry and physiology are extremely important and fundamental disciplines, because they explain how unfortunate processing defects such as PSE or cold shortening and toughening can occur and can be avoided.